The Bigodi Wetland Sanctuary is a great example of a community-based approach to the natural resources management which can be of good economic benefit to the different local residents living within this area plus the Uganda safaris industry as well.

The Bigodi is a paradise for bird watchers. Actually skilled birders can spot up to fifty new species on a bird list. Today, 138 species of bird have been recognized within the Bigodi Wetland Sanctuary. Oamong the major bird species within the sanctuary is the grand Blue Turaco.

this swamp is supports more than 200 species of birds, among which is the most well-known bird – Great Blue Turaco (Corythaeola Cristata). The swamp is administered by the Kibale Association for Rural and Environmental Development (Kafred), and it actually benefits greatly from the adjacent Kibale National Park, since there are a number of primates such as the chimpanzees that occasionally visit the swamp, adding on the diversity of wild animals that tourists see within the Bigodi.

Its name “Bigodi” was derived from a local Rutooro word, “kugodya”, that means ‘to walk tiredly / wearily’. It is supposed that when visitors reached the Bigodi swamp on foot, they actually were at all times too tired to go on and visit the jungle; and for this reason they decided to rest there. 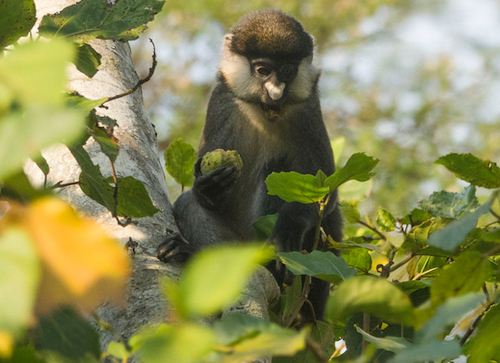 Conservation of this swamp has its real benefits, since it receives more than $150 000 got from tourists each year. A fraction of this earning was used to build Bigodi Secondary School as well as a nursery school, in addition to pay salaries of the school teachers; furthermore bridges have also been constructed over swamps plus streams within the village.

The Tips plus sales from fruits plus vegetables earned by farmers;

Some tourists have over a number of years been sponsoring a number of children living within this village for advance studies;

A number of local people have transformed their homes into African-homesteads for tourists to visit. This actually offers tourists a closer encounter of the day to day lifestyle of the local resident people;

The women in here have created the Bigodi Women Group that consists of 40 members presently, who make good-looking beads using re-cycled paper plus additional materials got from this swamp like rafia plus phoenix-palm leaves used in weaving baskets and making bags respectively. A number of their local products are also exported to as far as Europe;

Fortunately Poaching within this region has tremendously reduced, nearly to stoppage, since the poachers themselves are today serving as tour guides, that take Uganda safari tourists through the impressive swamp as well as guide during the community walks in the villages;

In addition the road that runs through this village was also constructed by the funds earned by the Bigodi swamp project. 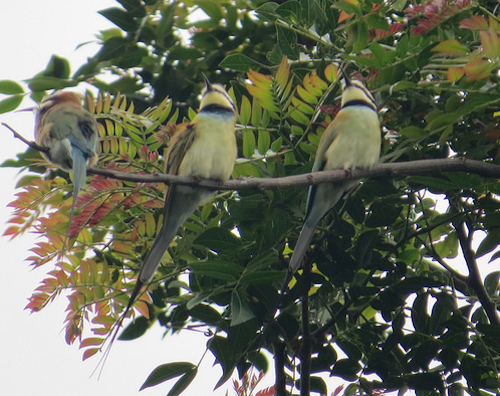 Bird watching tours start at 7am at Kanyanchu; you are advised to book in advance. Rare species include the Papyrus Gonolek, White-winged Warbler, White-collared Oliveback and Papyrus Canary.

Covering a total land mass of  560 sq km, the Kibale Forest National is dominated with  a dense verdant forest in the north that gives way to the  medium altitude damp, ever-green, semi-deciduous forest in the south all together covering about 77 percent of the total land mass. The remaining 23 percent consists of a number of plantations having exotic conifers, grasslands as well as swamps.  All these serve as a diversity of habitats to the various species of birds living within this park.
The Kibale National Park is a wide national park, sheltering a huge chunk of rainforest, and swamps that supports a diversity of flora and animal life. With a flourishing tropical rain-forest, swamp and charming diversity, this is one of the very attractive and striking forests within Uganda. In addition to the great variety and number of primates living within this forest (which is the greatest in the whole of East Africa), the Kibale forest park prides in a diversity of bird species.

There are 82 species of Guinea Congo forest-biome plus 32 species of the Afro-tropical highland biome in addition to some of the uncommon species found within the highland areas. Among these are: Bar-tailed Trogon plus the Fine-banded woodpecker, Red-faced Crimson-wing plus the White-bellied Crested Flycatcher. The park in addition supports 5 of the 32 constrained range species within Uganda, as well as 5 of the twelve Ugandan species belonging to the Lake Victoria-biome.

among the species that bird watchers should look out for while in Kibale Forest National Park is the Nahan’s Francolin which is an endangered species living  in 3 additional forest reserves, on the other hand, the Forest ground thrush has been recorded in just 2 other IBAs. Additional fascinating species are the:  Black bee-eater, Gree-breated Pitta, Yellow-spotted Nictor, White-thighed hornbilland, Yellow- ramped Tinker bird, the African Pitta as well as the Little Greenbul.

Bird watching trips within the park begin at 7am local time at Kanyanchu and visitors are recommended too book these birding tours in advance. Uncommon species to look out for within this park are: the Papyrus Canary, Papyrus Gonolek, White-collared Oliveback as well as the White-winged Warbler.

Bigodi Wetland Sanctuary, situated just on the exterior of the park, is habitat to 138 species of bird which can best be seen through the various guided walks conducted along the board-walk trail as well as on the viewing platforms. Among the species seen within this swamp are: the Black-crowned Waxbill, White-spotted Flufftail, White-breasted Negrofinch, Yellow-spotted Barbet, Black Bishop, Hairy-breasted Barbet, Bocage’s Bush-shrike, Yellow-billed Barbet, Brown-crowned Tchagra, Black & white Shrike-flycatcher, Western Nicator, Superb Sunbird, Grey-winged Robin-chat, Brown-throated Wattle-eye, White-tailed Ant-thrush plus the Brown-backed Scrub-robin, in addition to many other species.